You want a map without distortion of shapes or areal relationships? – Buy a globe!

The Earth is a sphere.
(Well, not exactly, but close enough.)
The only accurate representation of the Earth’s surface is to be found on a globe.

A globe show you the Earth as it it – reduced in size for practical reasons since most people lack space to place a globe that is roughly 12,742 kilometers (7,918 mi) in diameter on their desktop.
But shape and proportions of the land masses and oceans, their position relative to each other, are shown correctly.

But sadly, it’s impossible to show the surface of the Earth accurately on a flat map, which was proven mathematically by Leonhard Euler in 1777. A common real world example is to imagine peeling an orange and pressing the orange peel flat on a table: The peel would bulge and break.

By KoenB (Own work) [Public domain], via Wikimedia Commons

So this isn’t working and therefore people resorted to projections:
Imagine Earth to be translucent. Imagine you have a light source and a big (really big!) piece of paper which is wrapped around the Earth and serves as screen which caputeres the image that is thrown by the light source.

Have a look at the schematic illustration of the set-up.
I should make clear how a map projection (in theory) works, and why it is called projection after all. And if you look at Greenland (the lilac island at the top of the globe and the map) you see the distortion of shape.

But the illustration is showing only one possible way to capture the image.
Depending on where exactly you place the light source, the way you wrap the piece of paper around the Earth (if you do that at all, for you might also place it flat besides the Earth), where the screen touches the Earth (if at all), a totally different image might be captured. And in that image, maybe Greenland isn’t distorted, but Africa is.

But most importantly, most projections doesn’t even work that way!
You cannnot construct them like that, they are build purely mathematically instead. But they are called projections nonetheless.

So you have a vast range of different ways to project the Earth’s surface to flat map, however one problem remains:

You can’t show the Earth accurately, so you try to show it approximately. You are forced to stretch some parts of the surface, compress others, maybe bend them some. That leads to distortions.
It is important to remember that each and every world map has some kind of distortion! 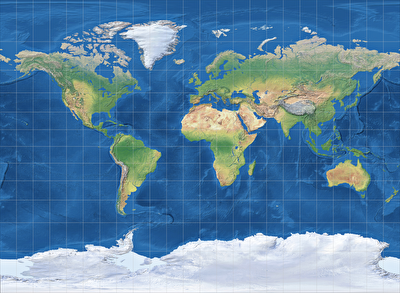 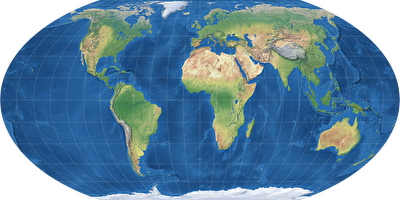 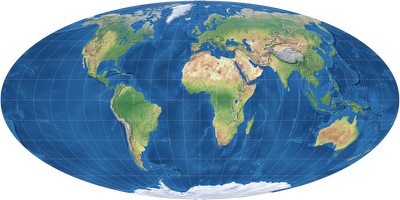 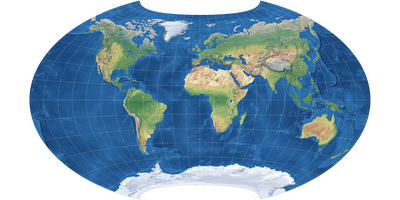 
And none of them is really accurate, none is wrong, none is better or worse than the others in itself. They are different, they serve different purposes, they aim to emphasise different aspects.

Nonetheless, you might choose the wrong projection for a special presentation – but only because it’s the wrong one for this very purpose. In other circumstances, the »wrong« projection might even be the best choice.

I was chatting with Facebook friends about map projections, did a search and found your site. I'm going to pass it along to them as well as to save it and study it myself. Excellent site! Thanks!
Tue Nov 17, 2020 5:39 am CET